причем от человека, ни в малейшей любви к России не замеченного:
Hognose July 21, 2016 at 09:05
A lot of people’s understanding of the Russian Army is locked in the Soviet days, and people forget the USSR went out of business almost 25 years ago. Meanwhile, every day Russian soldiers and engineers are working to improve their craft, and some of the worst bureaucracy of the old days that used to hold them back is not there any more. (But in any big organization there’s a lot of bureaucracy).

Meanwhile, what is the Pentagon working on? This week they issued a manual on accepting and managing transgender troops. SecDef explained that this is mandatory because there is not enough talent in the 99.99% of military age humans who are secure with the genitals God gave them. Except, he didn’t say “God”, that’s a forbidden word in the Pentagon.

The soviets had puzzled out a pretty good infantry squad with a DMR (the SVD), a mobile machine gun (PK), an automatic rifle (RPK) and RPG and SA-7 (or similar thrown in). The rest filled with AKMs. Later came under barrel grenade launchers into the mix.

At the same time US and NATO look pretty confused in their procurement and squad set ups. M14 variants as designated marksman rifles? Seriously? I’ll take an SVD, thank you very much. Really, the comparison for the SVD are these scoped M1C and D Garands, M14, G3ZF, SLR with SUIT etc. etc. And compared to these the SVD was far ahead.

But the soviets were not without their own mistakes. They pressed the SVD into service as a sniper rifle, because that was what was available. There was no military bolt action precision rifle in the arsenal until the SV-98 and -99 came about in the 1990ies, when the USSR was gone.

And for the rest of your entry: NATO procurement still has the bad habit of writing needlessly over specified specs and a t the same time missing what is actually important for the job. Resulting in the Bundeswehr’s G28 or MG5 for example. 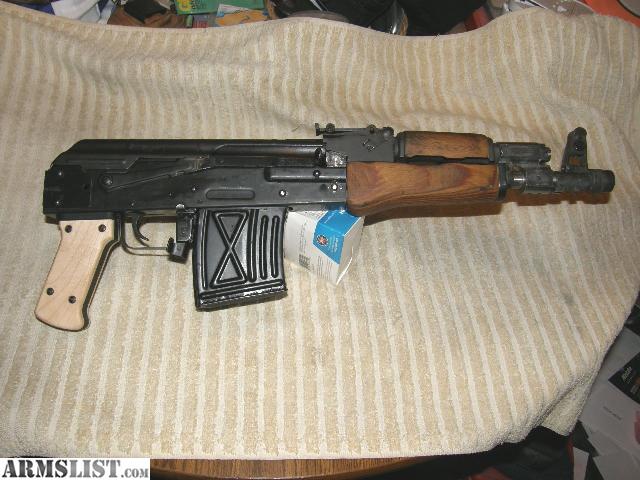